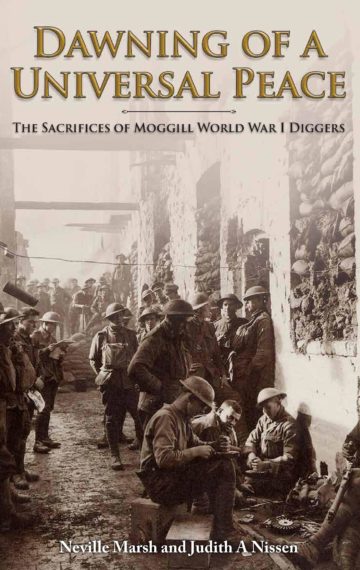 The title of this book is drawn from the minutes of a 1919 Moggill Shire Council meeting. Dawning of a Universal Peace commemorates the service of the eighteen men from Moggill who served in the AIF in the First World War. Introductory sections set the scene for preparations for war, recruitment, and training. Each soldier’s biography includes a brief family history, enlistment, army service and their theatres of war. The effects of warfare on the fifteen who survived are followed, as well as the struggles many suffered in order to return to a peace-time existence. The book concludes with Armistice and repatriation, the legacy of the men who served in the War, and the Anzac tradition.

This book is available from the Moggill Historical Society.

While the material on my website is copyright, I am happy to talk with you if you would like to use it. Please feel free to contact me as I’m always interested in hearing about the work of fellow historians and history enthusiasts.